There is no better example of the cooperation between new companies and corporations in Latin America than the synergies between Fintech companies within the Financial Industry. As a result of their collaboration, Startupbootcamp FinTech, EY México and the Research Center for Business Entrepreneurial Initiative-EY at IPADE Business School have released a report on how to build a vibrant Fintech ecosystem in an emerging market. 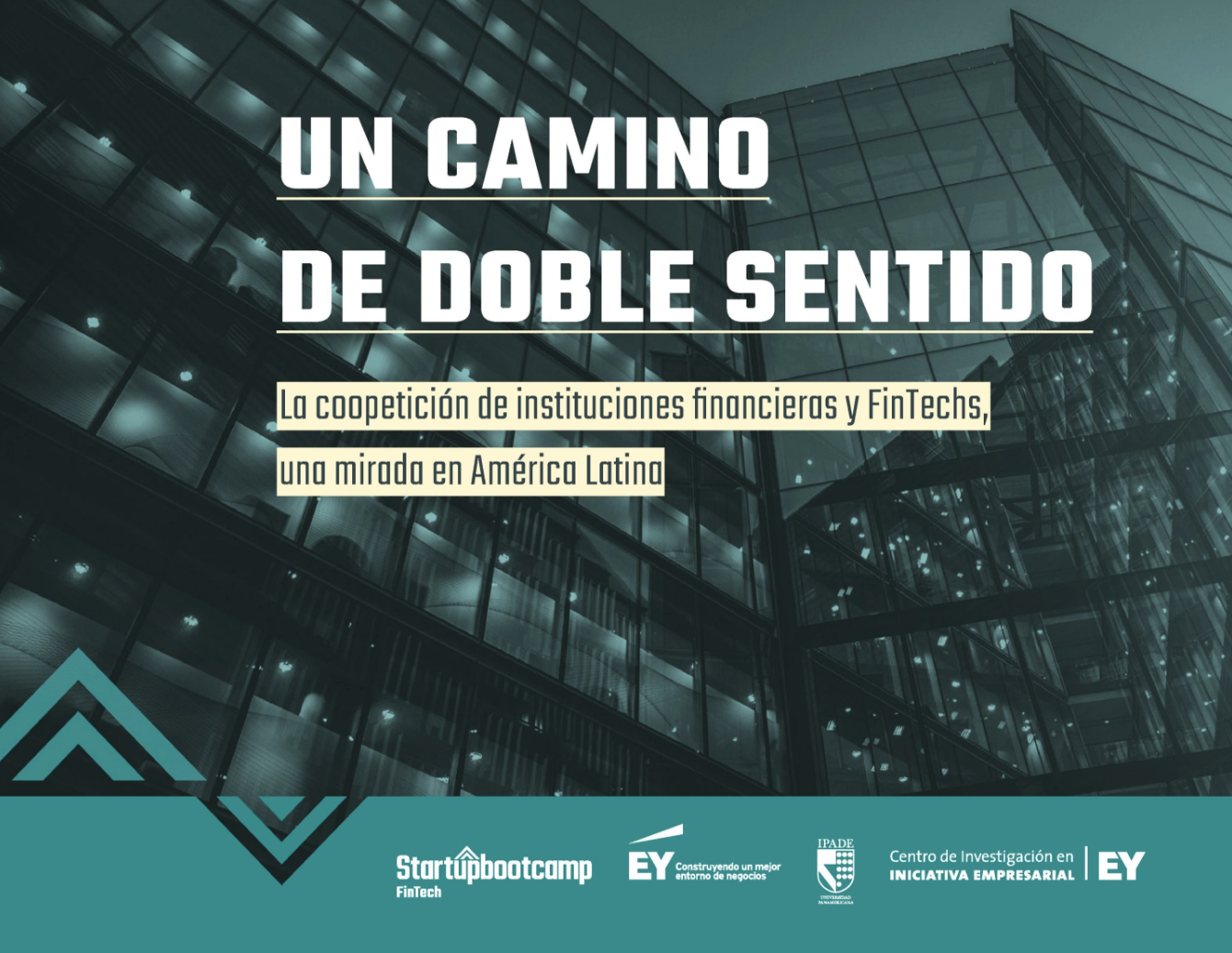 If there is an entrepreneurship ecosystem that has exponentially grown for the last 5 years that is, unquestionably, Latin American Fintech industry. The involvement of all its players in this evolution has been key to the construction of a unique relation of competition/cooperation — what we call coopetition—. With this in mind, through our  Startupbootcamp FinTech acceleration and scale programs and with the collaboration of EY México and IPADE´s CiiE-EY, we embarked on the task of talking to diverse players of the financial industry, particularly Fintech, to discover how prosperous ecosystems such as the Latin American, are built within emerging markets.

The report ‘Un camino de doble sentido. La coopetición de instituciones financieras y FinTechs, una mirada en América Latina’ (A double sided way. The coopetition of financial institutions and Fintechs, an in-depth look into Latin America) is a research compiling the opinion of several players from the financial technology industry, from banking institutions such as Visa, Banregio and HSBC México, to innovation labs like Fiinlab powered by Gentera, to startups that have become a referent on the sector.

Through the testimonies of several sources, this report describes the main elements comprising this consistently growing ecosystem and the key points for its evolution, but most importantly, it defines the guidelines that the sector should follow in order to become stronger in the region. This first report, also emphasises the key role of coopetition between financial institutions and Fintech startups in the structural evolution of Latin American financial services.

The report details, among other data, that Latin America, with over 1100 Fintech ventures and annual growth rates around 50% in the main markets, has consolidated as a leading region in terms of financial services’ innovation, according to reports from LAVCA, Finnovista and IDB. It also highlights the prevalence of alternative financing platforms and of digital payment solutions, that, altogether, account for little more than half of the Fintech industry. Financial inclusion is also very much present: 41% of the Fintech startups seek to serve unbanked or underbanked SMEs and consumers.

According to Fermin Bueno, Co-founder and Managing Partner of Finnovista and Startupbootcamp Fintech in América Latina: “we can confirm that there are thousands of Fintechs reshaping the financial sector in Latin America, however, not all of them will have a transforming impact on the sector. Only the most collaborative Fintechs will win the battle to become the future financial leaders of the region. In Startupbootcamp FinTech and Finnovista we will keep on working to build bridges and eliminate barriers so that Fintech startups can change the financial sector in cooperation with financial institutions, other corporates and investors, and thus, to create a better world.”

Get to know all the details  HERE  where you may also be able to download the report free of charge!