Achieving a greater female presence in Latin American Fintech is an everlasting struggle (and triumph) in the industry. However, only 33% of the Fintech startups in the region have at least one female founder.

Historically, the financial industry has always been marked by its rapid growth, accelerating pace, strong competition and male leadership.

However, the proliferation of financial technology companies not only has provided the industry with responsiveness, technology and business models’ innovation…

Over the past few years, the misrepresentation of women in Fintech is a recurring topic among banking, insurance and finance firms. The particular approach that women have to financial inclusion and social impact has, inter alia, enriched the dialogue about diversity and increased awareness of the specific needs of certain population groups.

One can only imagine what the industry would be like if that vision permeated the design and creation of new financial services’ solutions, yet female leadership remains a major challenge.

One out of three Fintech startups in Latin America include women in their founding teams. This is one of the insights from a survey conducted by Finnovista and the Inter-American Development Bank and responded by 520 FinTech startups across Latin America. This figure is well above the global average, estimated at 7 %, according to the same research paper.

“Even in the most developed markets, the figures are alarming: 8 % of the partners in VC funds are women; less than 5 % of the deals were made by companies led by women. The gender gap is wide and will not narrow unless the industry takes concrete action,” says Eduardo Morelos, Director of Investments & Research, Finnovista.

Another relevant fact: the ratio of women founders in Fintech startups seems to vary from one country to another within the Latin American region. Countries such as Uruguay, Peru and Colombia are inclusion leaders in the continent with ratios as high as 44% to 47% of startups having female founders.

Other countries seem to be less inclusive with ratios well below the average: Chile with 16%, Ecuador with 23%, Brazil and Argentina each with 24%. However, some countries like Mexico are around the average with a prevalence of women founders of 33%.

This could imply that efforts around gender equality in the region are still uneven or that predisposition for women to start a venture within financial services is radically different from one country to another. In any case, there is still a gap to be addressed and that is why initiatives such as Visa Everywhere Initiative: Women’s Global Edition are becoming more relevant today. 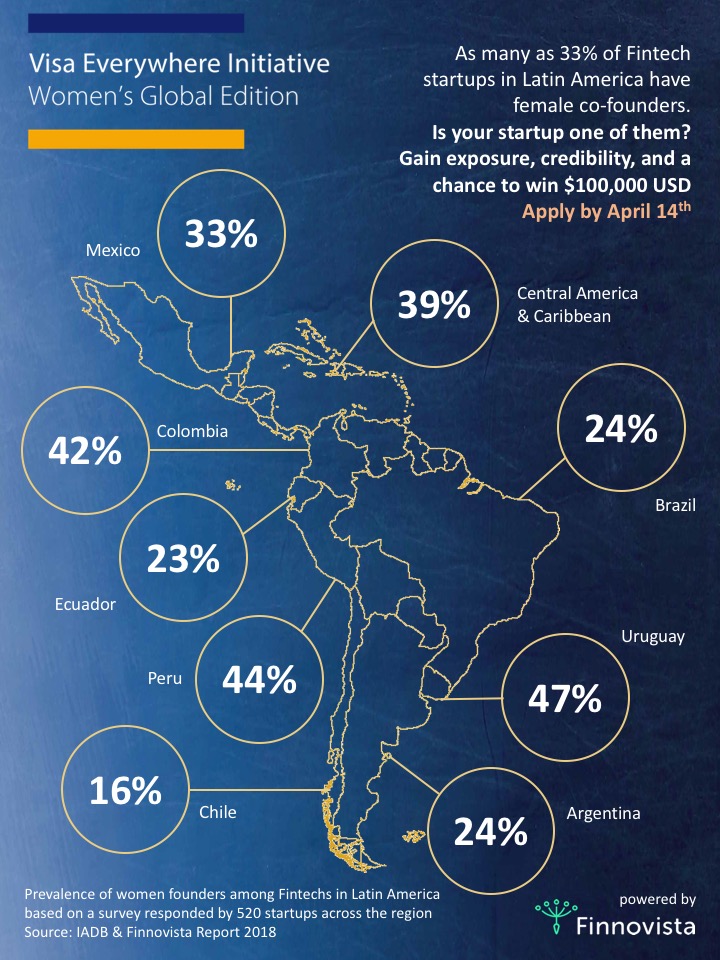 “Research shows that diverse workforces are crucial to a company’s success, especially one as global as ours. But that success does not come just by welcoming women into the room. It means valuing, respecting and supporting their ideas when they get there,” stated Jolen Anderson, SVP and Chief Diversity Officer, Visa.

A great example of this success is Amparo Nalvarte, CEO & Co-founder of the Peruvian startup Culqui, and last years’ Visa Everywhere Initiative winner in Latin America, who believes it is crucial to support women entrepreneurship through this kind of programs. In her case, according to her, winning Everywhere Initiative allowed them to add more value to their product and, as a result, to “garner enough recognition to win new customers and business opportunities.”

The global program Visa Everywhere Initiative: Women’s Global Edition invites women entrepreneurs from around the world to tackle Fintech and Social Impact challenges for a chance to win $100,000 in each of the two challenges. 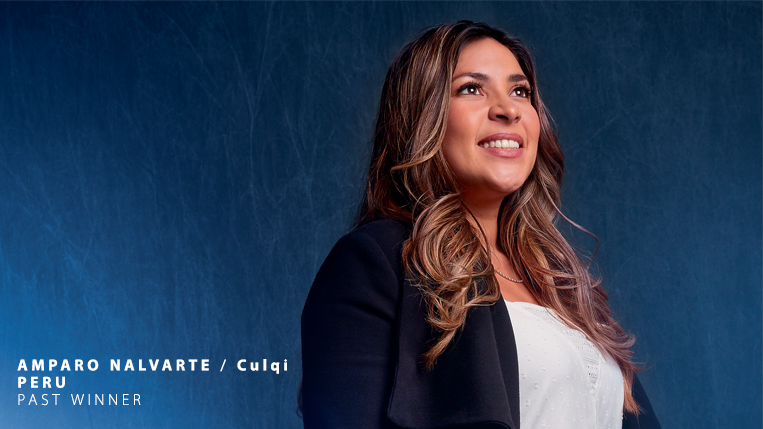